Social media is so much bombarded with “memes” these days. Till now, I used to just read them, laugh a bit and forget about them. Whilst traversing to fulfill my quest for alphabet M related topic, I happen to do a good amount of research on these Memes and can now appreciate them in true sense. Meme is actually an abbreviated form of the Greek word “mimeme,” which means “something imitated.” Study says that this word was first framed in the year 1976 by Richard Dawkins, a British Biologist. His belief was that all the age-old traditional & cultural ideas can still be appreciated in the present age by giving it a slight mutation or customization, just like gene mutations. The fact to note is that such memes not only showcases the old and famous ideas but also conveniently highlights the modern day happenings mostly with a humorous twist.

What began as a term for the evolution of genes, soon became viral in the internet space. Memes could be an audio, video, picture or a saying taken from an already famous idea to convey the essence of another modern idea or happening. ‘The Dancing Baby’ or ‘Baby Cha-Cha’ first appeared on the internet during the year 1996 and can be considered as one of the earliest examples of a meme. While memes may seem pointless to some people, they have almost evolved into a fierce form of communication in the modern era and truly speaking, we just cannot deny their cultural significance. Another great example of a text meme is the phrase “Survival of the fittest”. Like other memes which mutates wildly this phrase is also used in a number of contexts like “survival of the fattest”; “survival of the sickest”; “survival of the fakest”; “survival of the twittest” etc. Memes do travel through brains and gain multiple forms and shapes, only to become popular again in yet another form. Funny isn’t it?

Quoting an interesting phrase from the internet which clearly explains what exactly Memes are and how do they come into life? Ideas cause ideas and help evolve new ideas! They interact with each other and with other mental forces – could be in the same brain or in neighboring brains, and also thanks to global communications from distant, foreign brains too. And they also interact with the external surroundings to produce a completely new idea which advances in the world of internet and instantly gets connected with the other minds of the readers, only to begin the whole cycle again.

I have started looking at memes from a different angle after understanding the history and geography behind its existence! Please do put it your views on my post and are most welcome to recall a funny / memorable meme which you came across. Thanks for visiting my Blog. 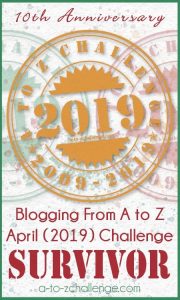